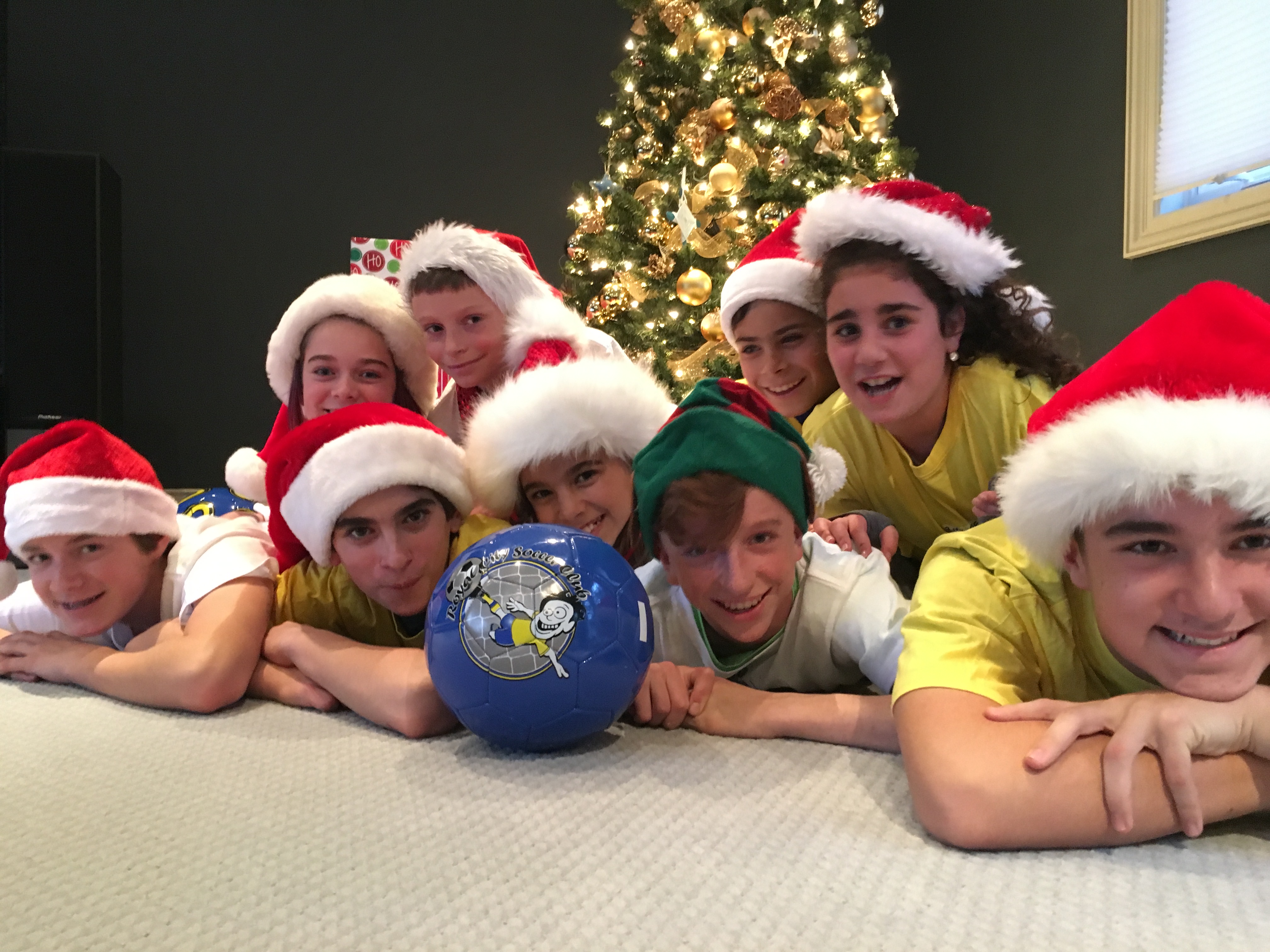 ‘Twas the night before the match, when all through the house
All of the players were stirring, and so was coach Strauss;
The jerseys were hung in the closet with care,
In hopes that the sun soon would be there;

The players were jumping and laughing in bed,
While visions of victory danced in their heads;
And mom in her onsie, and I in my briefs,
Had just settled down with a sigh of relief,

When the morning came we arose to a clatter,
I sprang from the bed to see what was the matter.
Away to the landing I flew like a flash,
I stubbed my toe and tripped over the trash.

The sun it has risen, the time I didn’t know,
But today was the match, so we soon had to go.
We couldn’t be late, this league is premier,
There’s so much to do, but what did I hear?

First one, then two, they went by so quick,
I knew in a moment it must be team Kicks.
More rapid than eagles the players they came,
And they whistled, and shouted, and cheered out their name;

“Now, ALEX! now, BEN! now, COLTON and SAMMY!
On, MATTHEW! on JONNY! on, MILES and RILEY!
To the van in the driveway! to the seats they all filled!
Oh my gosh I need to get dressed! They are all so thrilled!”

As we reach the pitch the players are ready to fly,
When they push out of the van, they look up to the sky,
So glorious a day the birds they all flew,
With not a cloud in site, and the sky the perfect shade of blue.

And then, in a twinkling, I heard in the distance,
They came out of nowhere – the other team’s existence.
As I drew in my hand, I closed the automatic door,
Thinking this will be the last time it has a clean floor.

The ref was dressed all in black, from his head to his feet,
And boy was it muddy, just look at his cleat;
A whistle and note pad he had hung on his neck,
And made sure to do his final field check.

“Captains” he called, with a smile so merry!
His cheeks were like roses, his nose like a cherry!
The captains shook hands and it was about to begin, the show,
Which team would win, only in the end we would know;

The whistle it blew, I tried not to breathe,
Being a soccer parent is hard, all I do is grind my teeth;
The players they had rhythm, and back in net was Kelly,
He was the last line of defense, if the ball makes it back – oh nelly!

Team Kicks gained possession and showed the team their best self,
And I cheered when I saw the look of pride they saw in themselves;
The net it neared closer it was directly ahead,
A kick and a swoosh in the net off of a head;

The boys showed so much spirit as a team they do work,
As my son looked over at me, saying “I did it” with a smirk,
The players they gleamed and all had a glow,
Us parents yelled out again “way to go!”;

The team jumped and cheered, when the ref gave a whistle,
And away they all flew to thank the officials.
This is my favourite way to spend all of my day,
HAPPY CHRISTMAS TO ALL,  SOCCER IS THE BEST GAME TO PLAY!