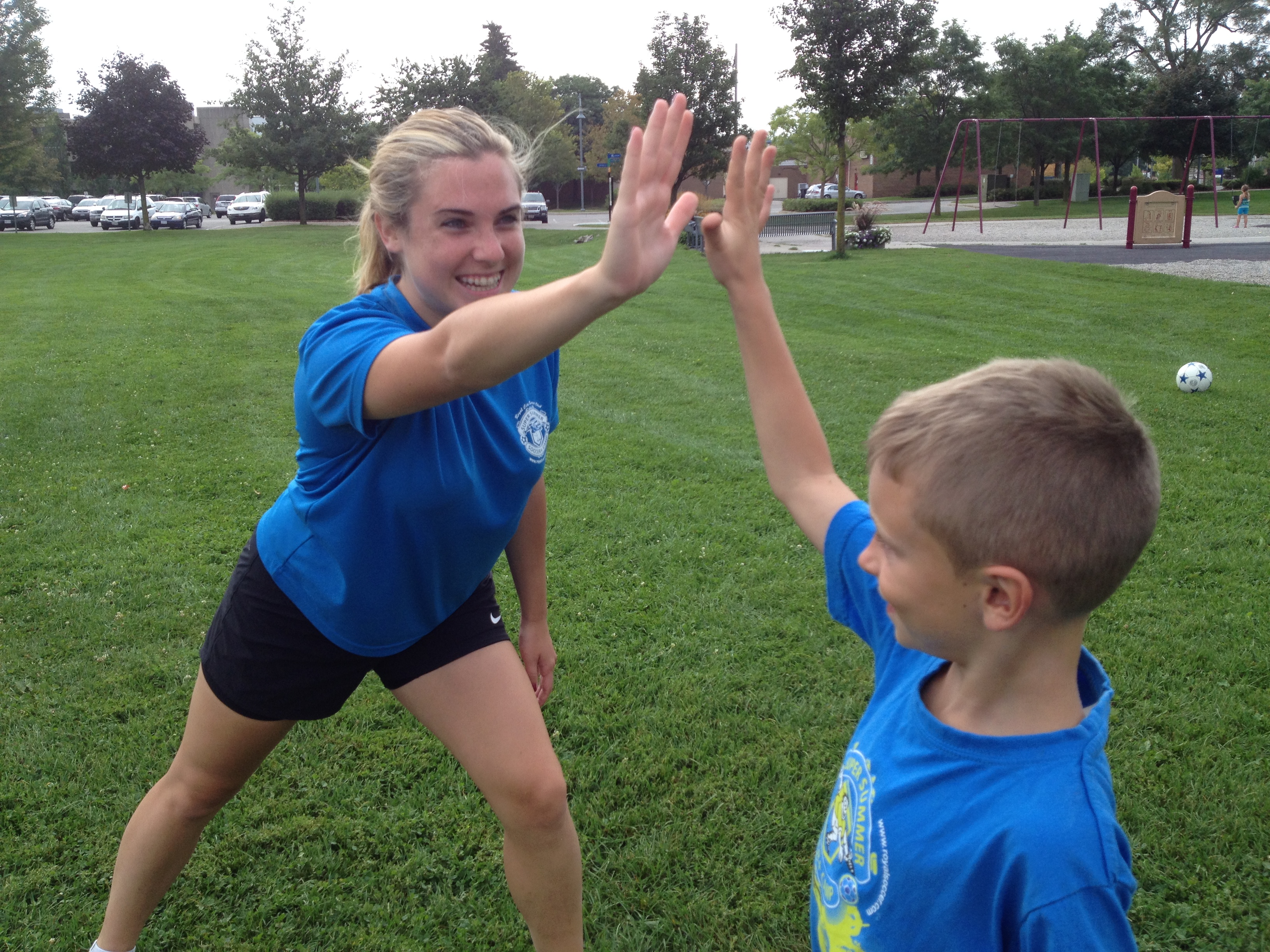 Here at Royal City Soccer Club, we always say that working at camp is not only the best, but the most rewarding job to have and we wanted to back that up by having our Staff give us insight on some of their favourite memories at camp..
Lewis  from Calgary

One of my stand out memories of camp is that I had 2 campers that were 13 years old in my group when I was a Supervisor for RCSC. The next year they were too old to be a camper but they loved the camp so I asked them to return as volunteers. Both of them were so awesome as volunteers and me being a Regional Coordinator, I got to witness them step up and help out the new Supervisor which made his job a lot easier. They remembered all of the games that I did with the children and they got along with not only the campers but the parents as well. This year I have already been in touch with them and they are looking forward to another year volunteering at the camp and I look forward to seeing them grow even more.

I have been working at this camp for years, and it has become a tradition of playing music while we’re getting ready for swimming every day. I find that it always gets the campers motivated to help clean up their garbage after lunch, it gets them more comfortable with each other and it ends up turning into a huge dance party! Last year was no different, but something that was special was the solar eclipse so the campers decided to make a dance all by themselves as a group and called it the “Solar Eclipse Dance” and showed it to the staff. I am returning as a Supervisor once again this summer and I plan on continuing this tradition and can’t wait to see all the dance moves the campers have in store for me.

My favourite memory when I was a Supervisor was the last week of camp, not for the reasons of it being the last day  but because of the special activities that I planned for the entire week. The campers that I have at my site are usually children that have been coming to this camp for years so I wanted to do something that they weren’t really used to. I thought it would be a great idea to have a weeklong Soccer Olympics. In order for it to have a different feel, I added a bit of competition and excitement by giving the campers the chance to gain points and by the end of the week they would be rewarded for first, second and third place, “Most Improved Camper”, as well as the “Camper of the Summer”. Immediately, when I explained at the beginning of the week what we would be doing I could see the excitement in the campers. This week was also my favourite because old and new campers were able to team up and play with each other and it was a week where I saw a lot of them come out of their comfort zone and wanted to participate. It was filled with lots of laughter, happiness and just straight up FUN! I also liked the fact that campers were trying their absolute best to improve their behaviours and it was quite refreshing. The last week of camp can be bittersweet but because of how we changed things up, it ended up being like we were having a celebration for how great the summer went. That was my first summer as a Supervisor and it is the reason why I continue to enjoy working for RCSC!

One of my favourite camp memories is getting all of the campers involved in making a music video to the song Firework – Katy Perry! The children were all extremely into it and put so much time into making it perfect. Oakville tends to be a bigger and busier location so when we get to see the campers all working together it is such a good feeling. I have established amazing relationships with past staff and parents but best of all I have got to see the campers grow year by year whether it’s improving on their soccer skills or stepping out of their comfort zone. It’s memories like these and so many others that I have witnessed over the years that keeps me coming back!